GOT or Game of Thrones is one of the most watched series that the whole world can’t stop talking about. And Lannister, possibly the most liked character. Regardless of any situation, Tyrion Lannister Quotes are actually useful in life helping to keep going. However, if you believe that life’s course can take a different turn via inspirational quotes, take a look at Tyrion Lannister quotes and you’ll know why.

“Once you’ve accepted your flaws, no one can use them against you” 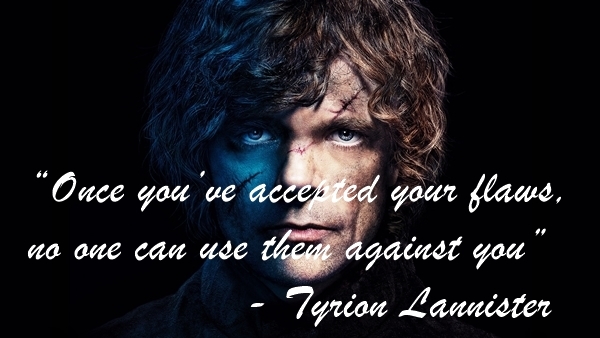 There’s something big about accepting one’s shortcomings and mobbing on in life. To be aware of them can never allow others to use it against you.

“Never forget what you are, the rest of the world will not. Wear it like armor and it can never be used to hurt you” 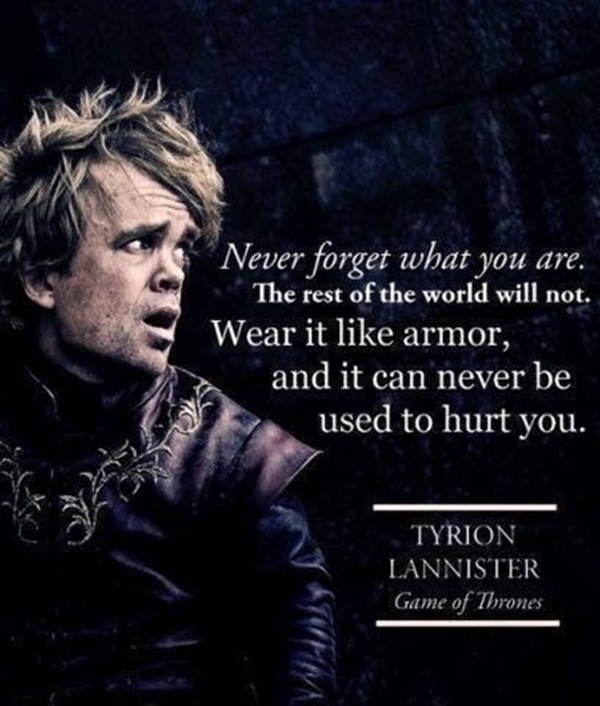 This is a great advice to those who go weak when others mock at them. One should wear one’s pride and have belief in oneself. The world will not recognize that; instead use it the wrong way.

“A mind needs books like a sword needs a whetstone” 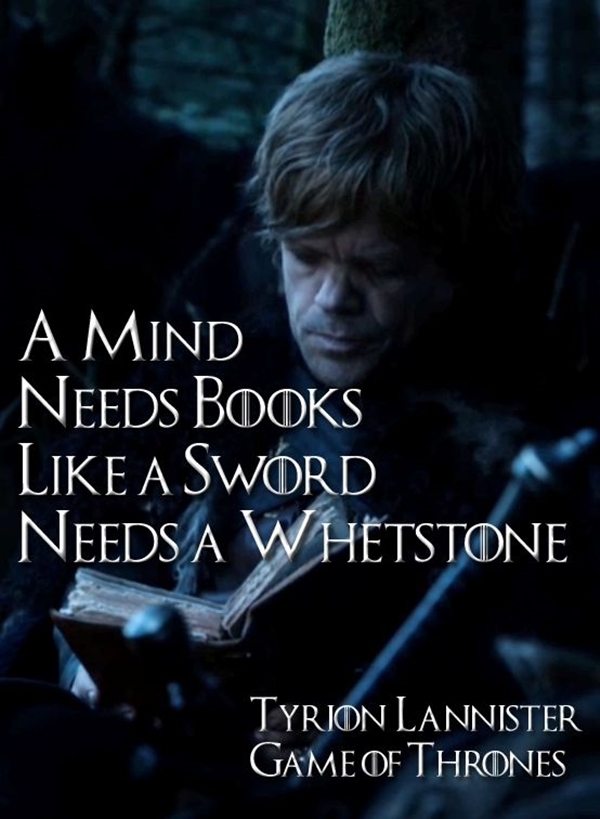 Tyrion’s fascination for literature propelled him to say this Tyrion Lannister Quotes that rings true in every sense. The fact ‘brains over brawn’ counts is what is reflected by this quote.

“We’ve had vicious kings and we’ve had idiot kings, but I don’t know if we’ve ever been cursed with a vicious idiot boy king” 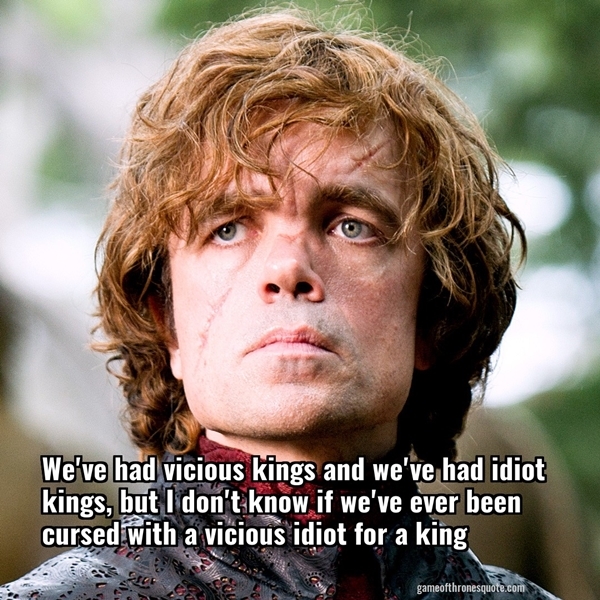 There have been ruthless rulers and few who occupied the throne without any intellect. But unworthy occupants in a position that deserves respect and praise is a curse. 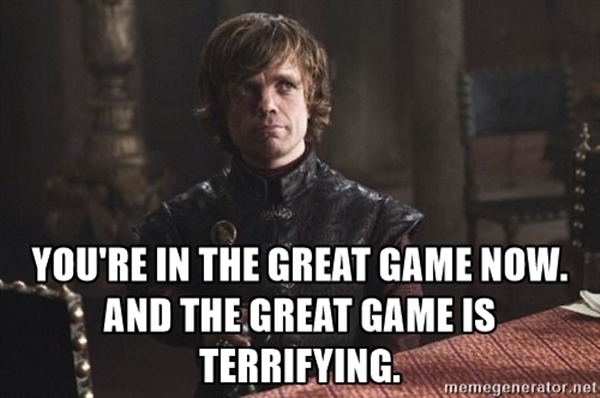 For those who have not tasted what reality is like, this is the perfect quote. Reaching the finality is great but the experience can leave deep scars long after it’s over.

“It all goes back and back. To our mothers and fathers and theirs before them. We are puppets dancing on the strings of those who came before us, and one day our children will take up our strings and dance on in our steads” 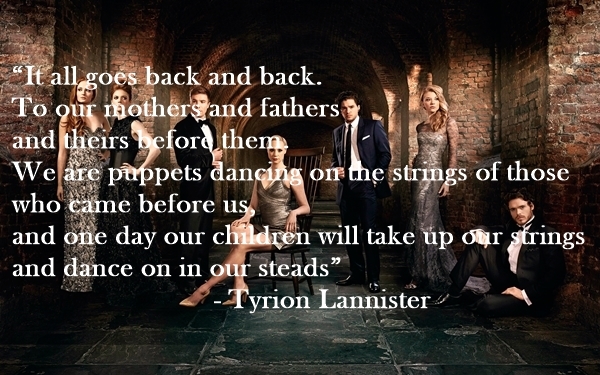 We basically follow the footsteps of our ancestors. Barring a few changes, we simply follow the path they have taken for us and lead our future generations to follow suit.

“In my experience, eloquent men are right every bit as often as imbeciles” 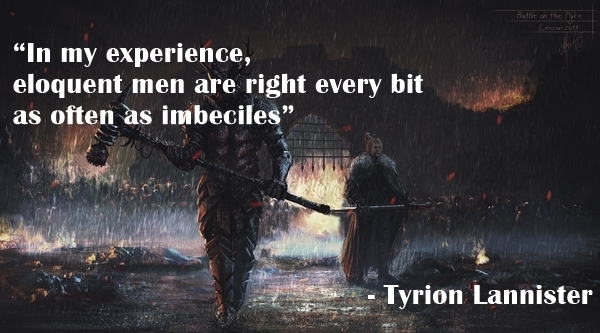 There are people who use big words and quotes to flaunt their knowledge, little knowing the words carry no sense or used in the wrong context.

“I am malformed, scarred, and small, but… I am generous. Loyal to those who are loyal to me… And I am cleverer than most, surely wits count for something. I can even be kind…I fear, but I know I have some somewhere. I could be… I could be good to you” 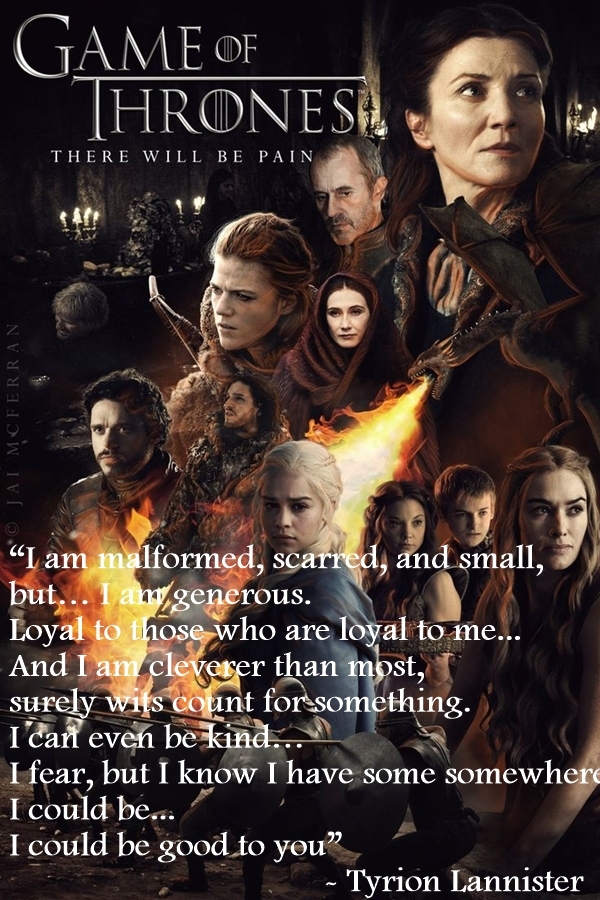 Despite physical deformities, it’s the virtues that count. Blessed with values like generosity, loyalty, kindness and intelligence, Tyrion Lannister Quotes has confidence in his goodness.

“Turns out, far too much has been written about great men and not nearly enough about morons. Doesn’t seem right.” 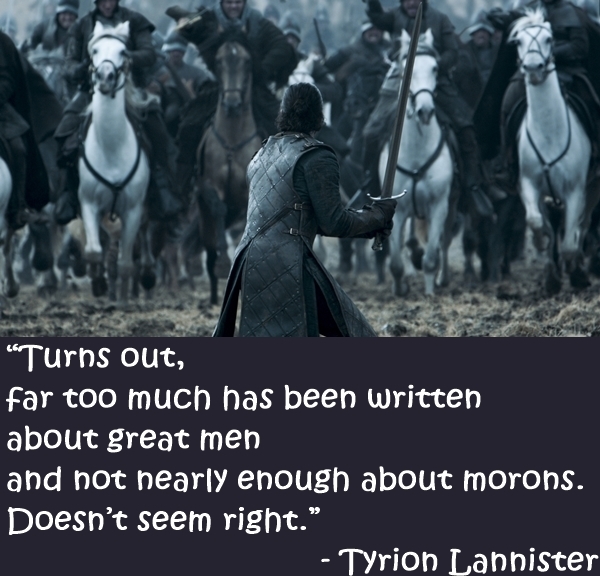 There must be a balance. While much has been spoken about great men in this world, not enough is said about those lying on the other end.

“Why is it that when one man builds a wall, the next man immediately needs to know what’s on the other side?” 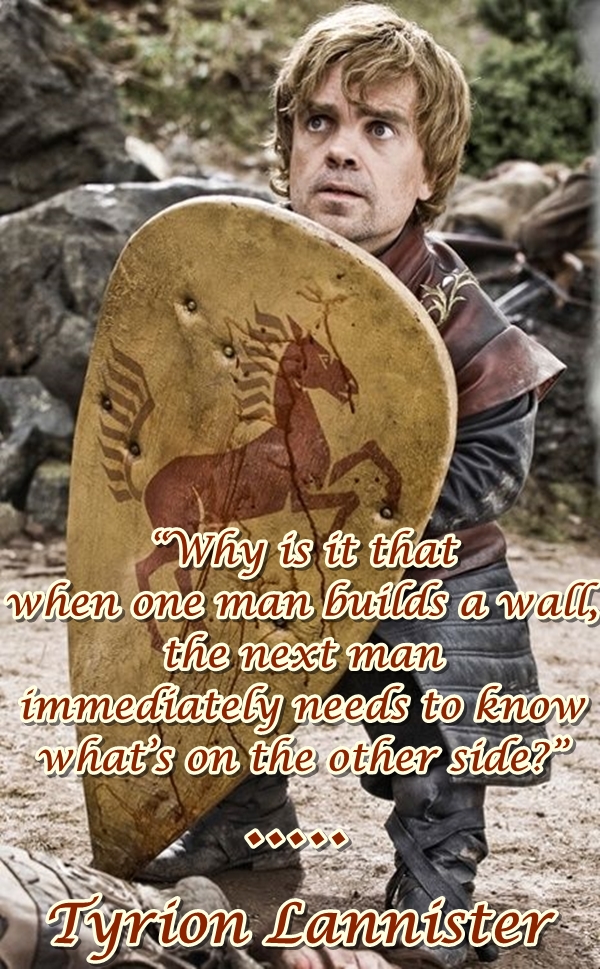 Man’s curiosity knows no bounds. So when one person does something, the other starts doubting if any mystery prevail.

“Most men would rather deny a hard truth than face it” 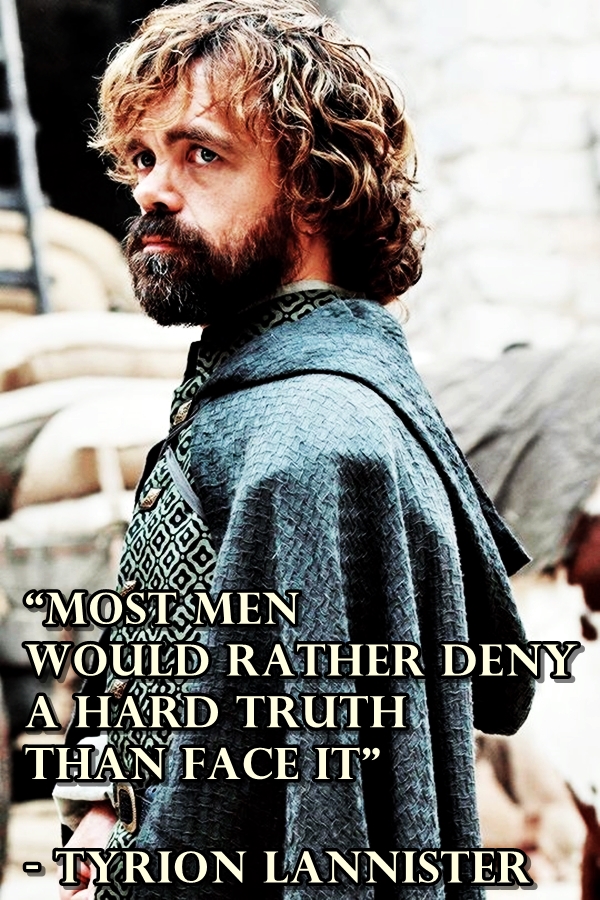 Fact of life. Facing a truth that’s hard to digest can make many men simply choose the path of denial.

“You love your children. It’s your one redeeming quality…” 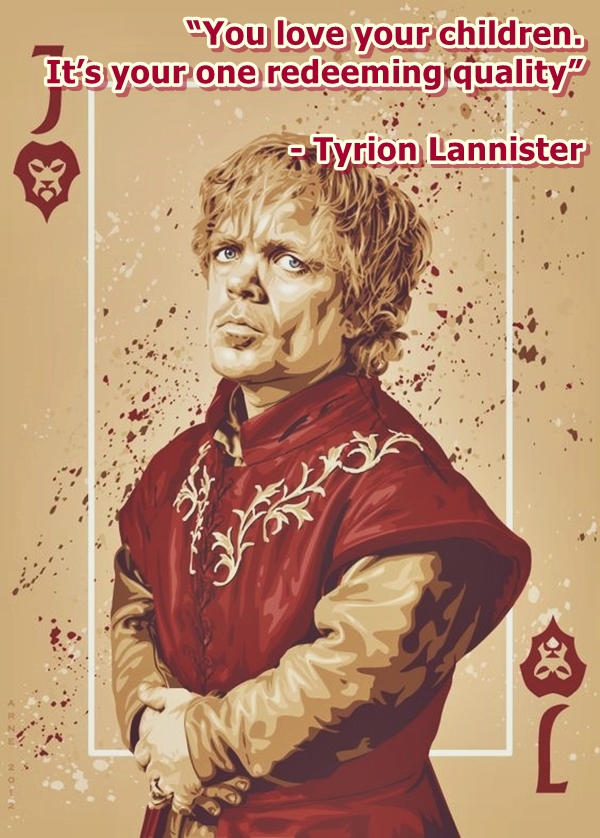 The love for one’s children compensates for plenty of other faults that man commits during his stay in the world.

“Just because I pay you for your services doesn’t diminish our friendship.” 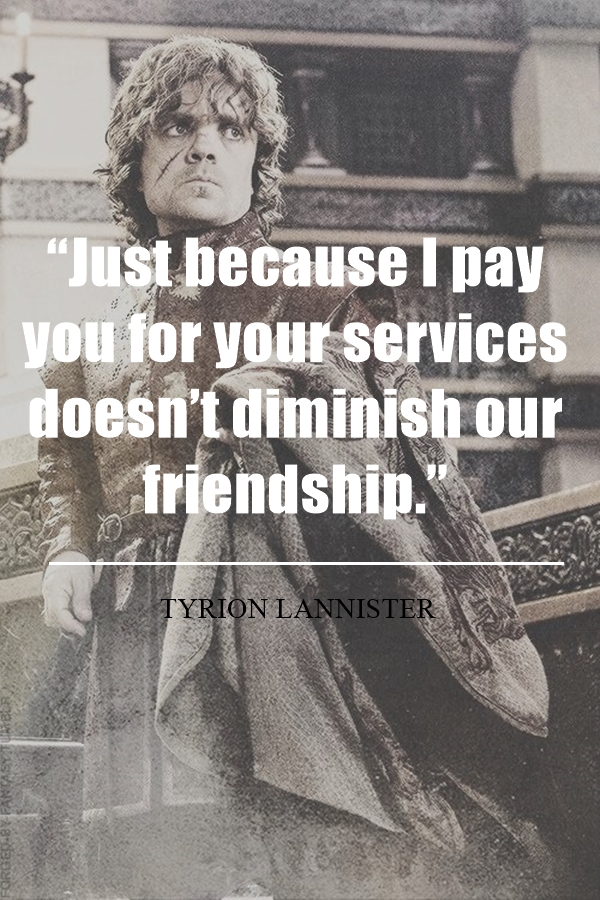 Friendship doesn’t end by silly things like paying for one’s use of anything.

“Schemes and plots are the same thing” 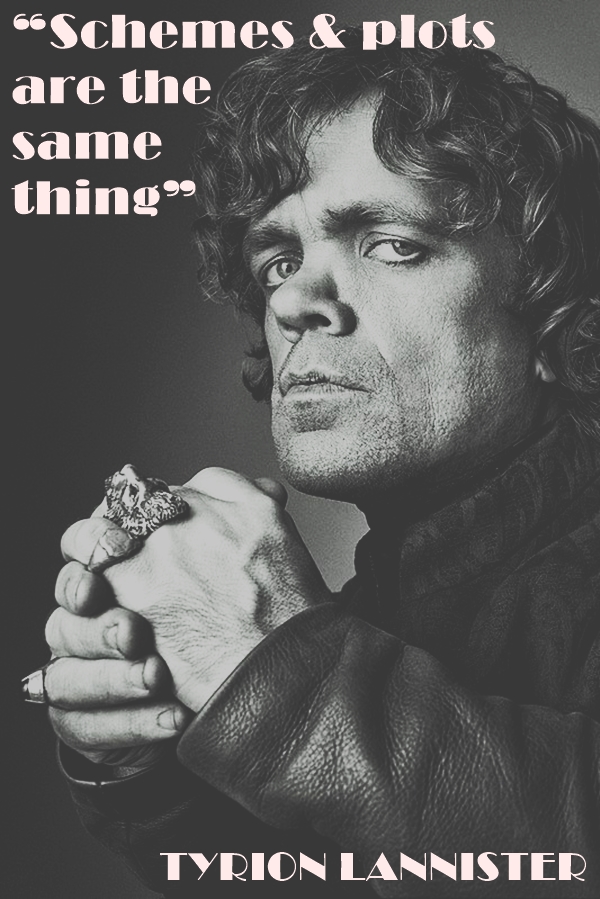 Both are meant for contriving, so nothing really distinguishes them.

“I try to know as many people as I can. You never know which one you’ll need” 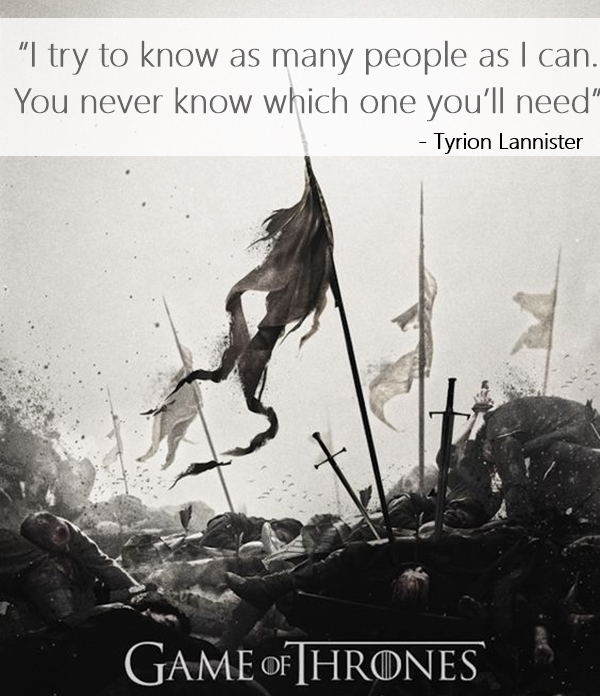 Regardless of a man’s color, creed, race or religion, knowing more people only helps live life and face the adversities better.

“It’s not easy being drunk all the time. If it were easy, everyone would do it” 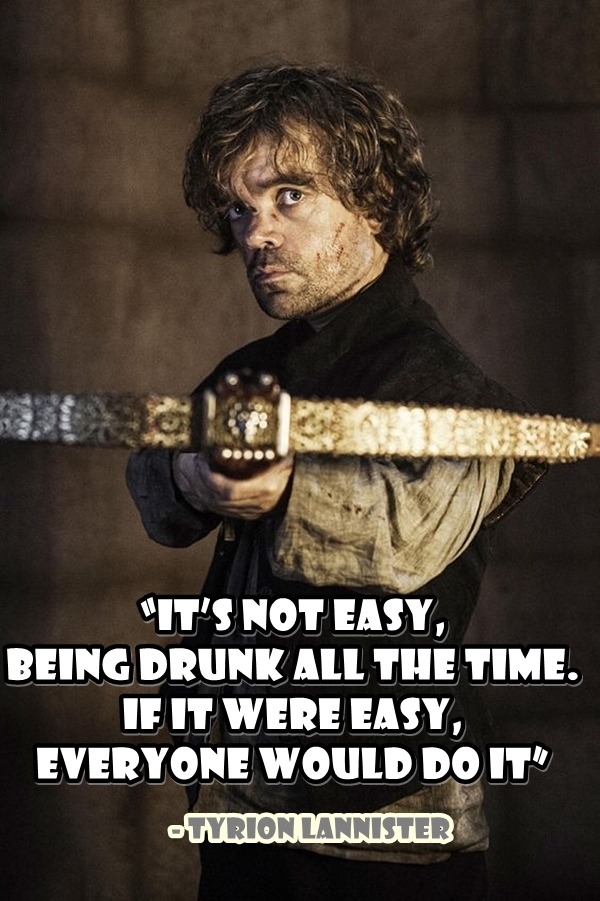 People stay under the wrong notion that drinking helps forget miseries. But the king of drink (Lannister) knows it ‘s not easy staying drunk always.

The next time you are unsure about what to do, let Tyrion Lannister Quotes that are actually useful in real life help you out.

“It’s easy to confuse ‘what is’ with ‘what ought to be,’ especially when ‘what is’ has worked out in your favor” 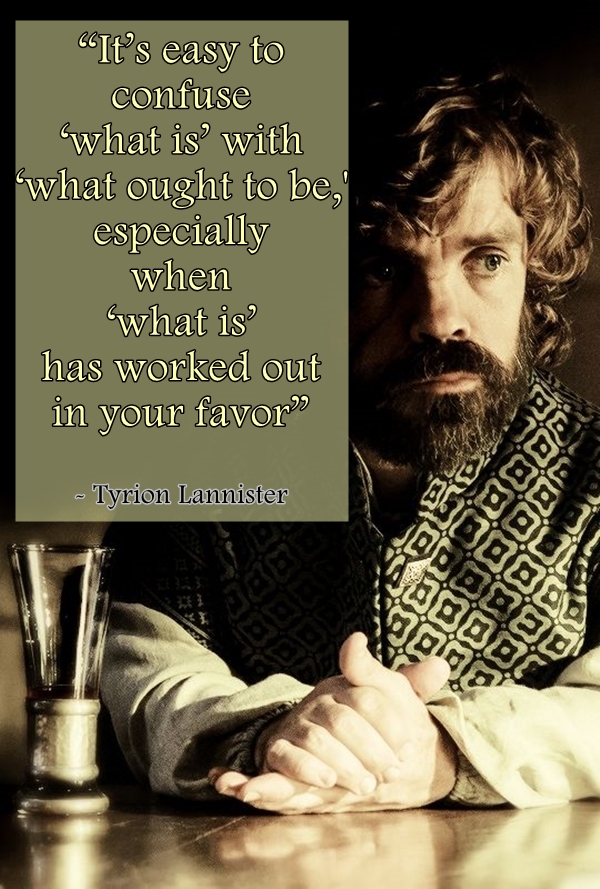 The practical side may be different from the idealistic point of view. But the two are often confused when the reality is what has worked for the better.

“Every time we deal with an enemy, we create two more”

Enmity only leads to more. One foe leads to creating another and the process goes on.

“Death is so terribly final, while life is full of possibilities” 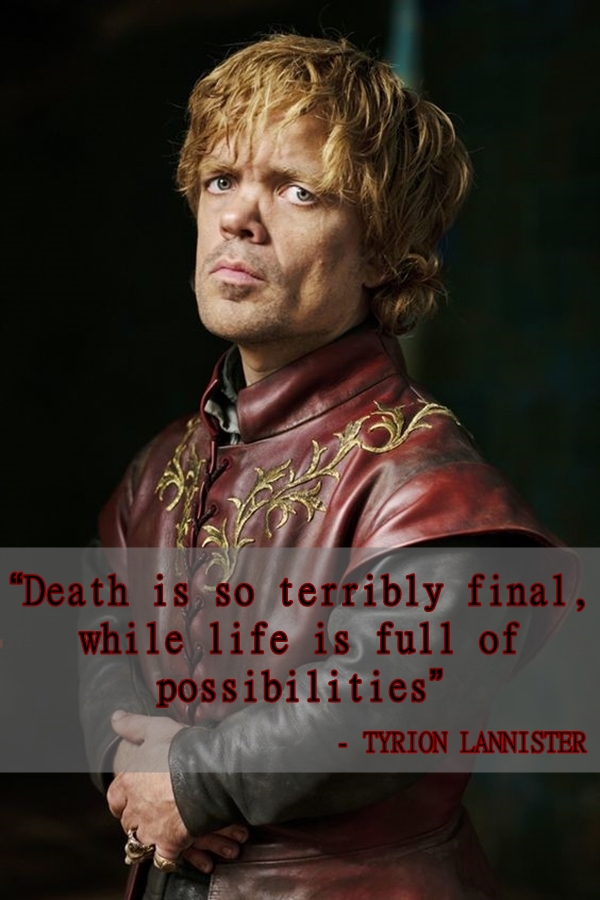 Death is the finality, but life has more to offer than one can think of.

“If you’re going to be a cripple, it’s better to be a rich one” 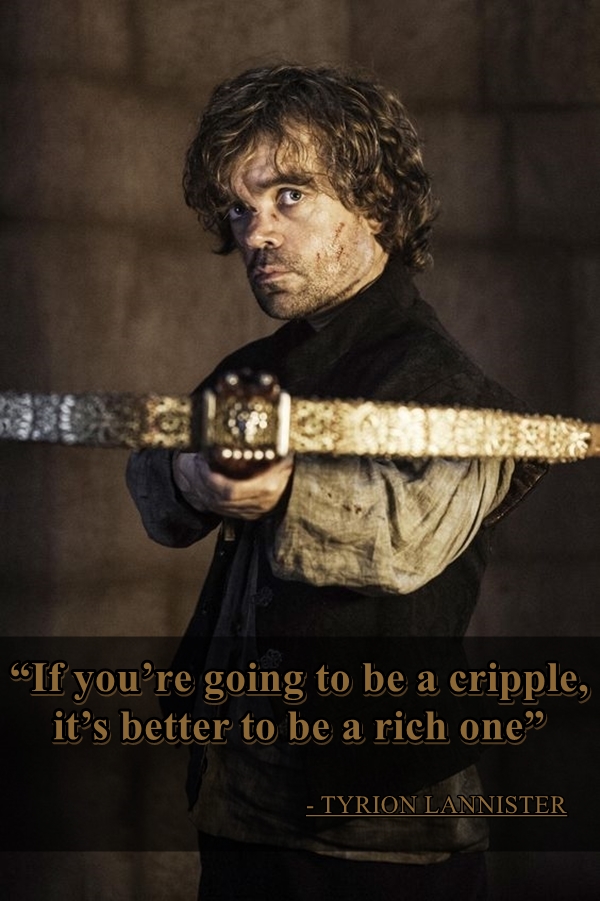 The rich is always a better alternative in any life situation.