According to the Japanese belief, the entire yellow river has witnessed the continuous attempts by its native koi fish trying to swim upstream. However, not every fish was able to take it for long and cross the point namely “the dragon’s gate” thereby turning into dragons. This is the reason behind the Japanese belief that koi fishes symbolize success and strong guts along with powerful aspirations for the achievement of desired position. 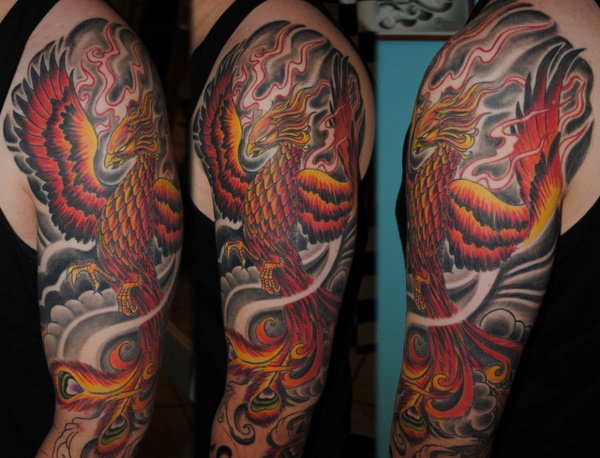 You might have heard the story of a bird, phoenix, who was burnt by the fire and later on rising by its ash. This story is a part of many traditions and communities including Greece, America and Rome. But this phoenix tattoo design has got nothing to do with its birth place. Japan is nowhere related with the phoenix despite of exploring its sleeve tattoo designs worldwide representing rebirth and renewal of oneself. 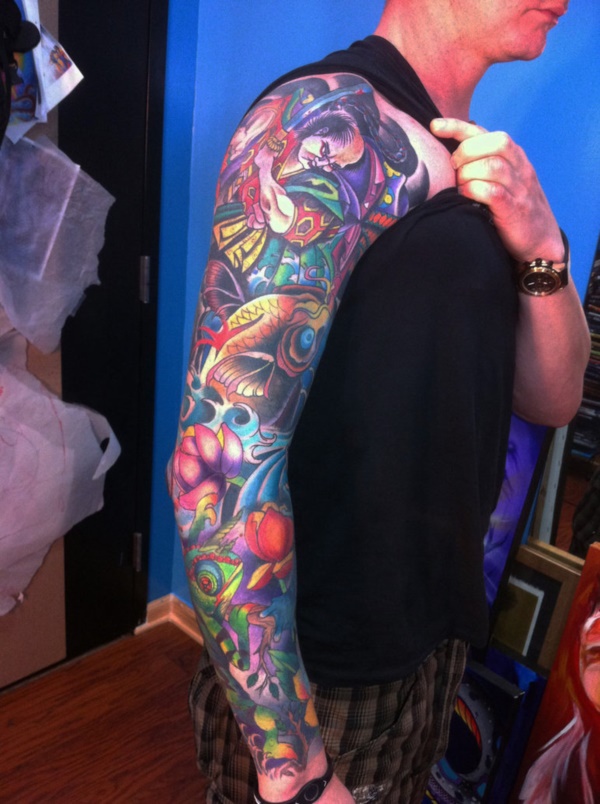 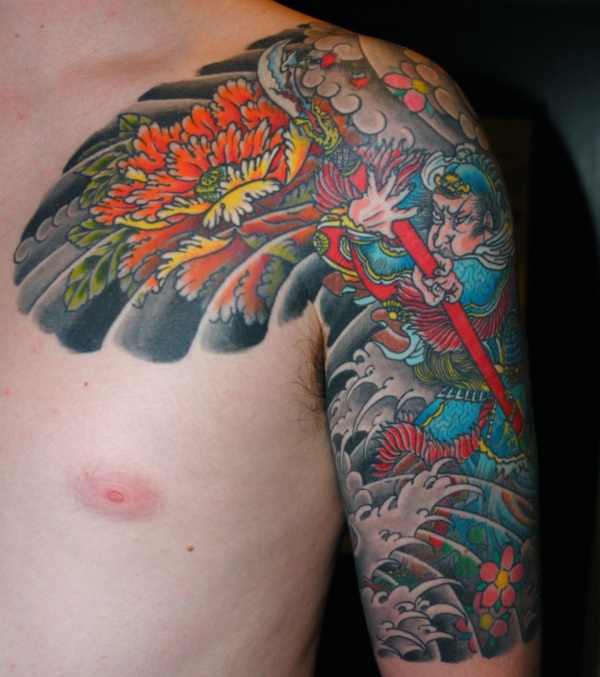 This design came into history when a man killed a dragon or a demon with his sword. This ultimate design is damn cool for men who believe in self power and muscularity. A strong and focused fighter is what every Japanese man desires to be thereby making the samurai sword design a popular one following Bushido. 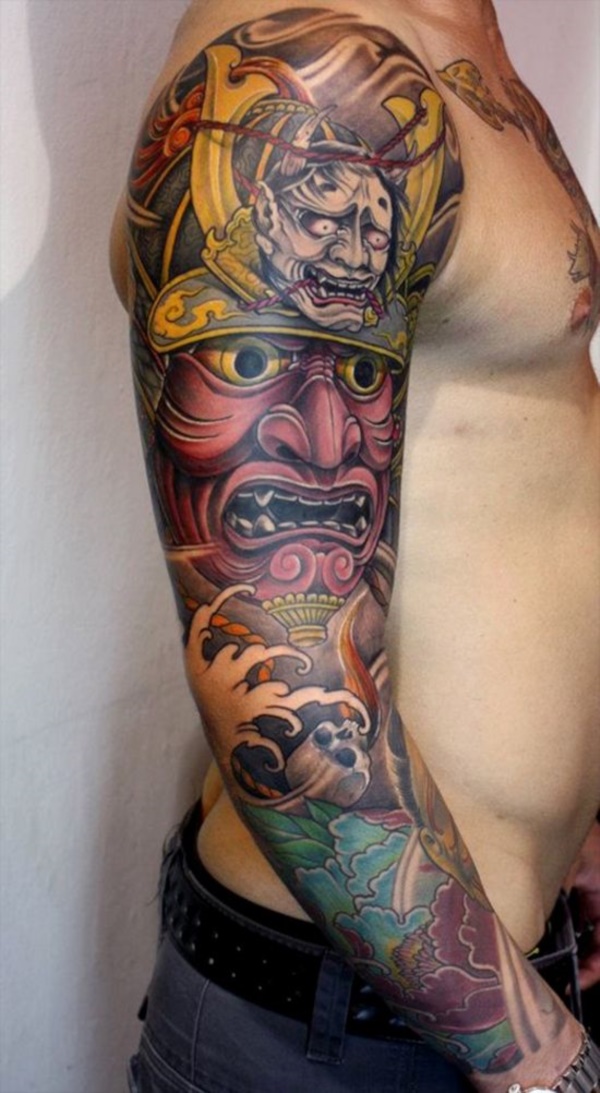 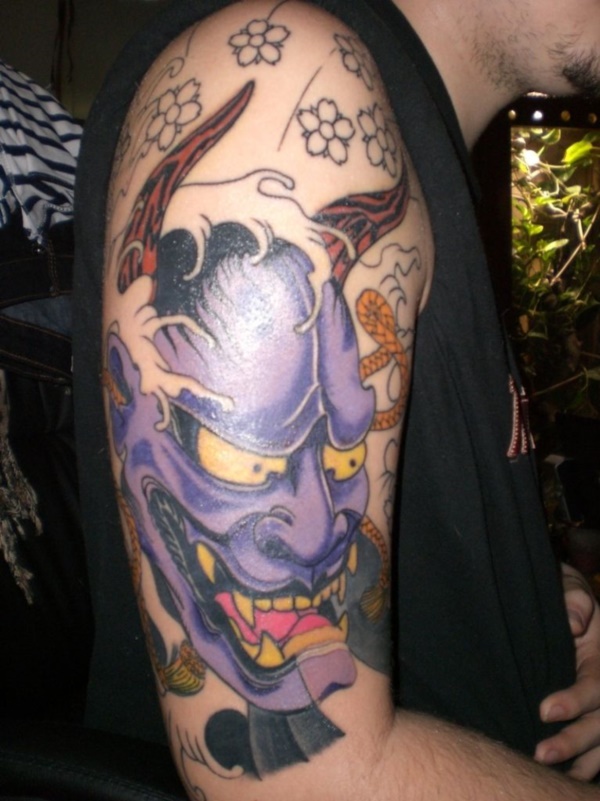 Just like the beast with an ultimate beauty, this mask collaborated with horror and charisma such that became a masterpiece artwork. It is believed to symbolize the behavioral pattern of condemned women who turned out to be devil so as to dominate the commotion. The very presence of this mask at the entrance of the will throw away all sort of negativity within and stop the evil from entering I to your house. 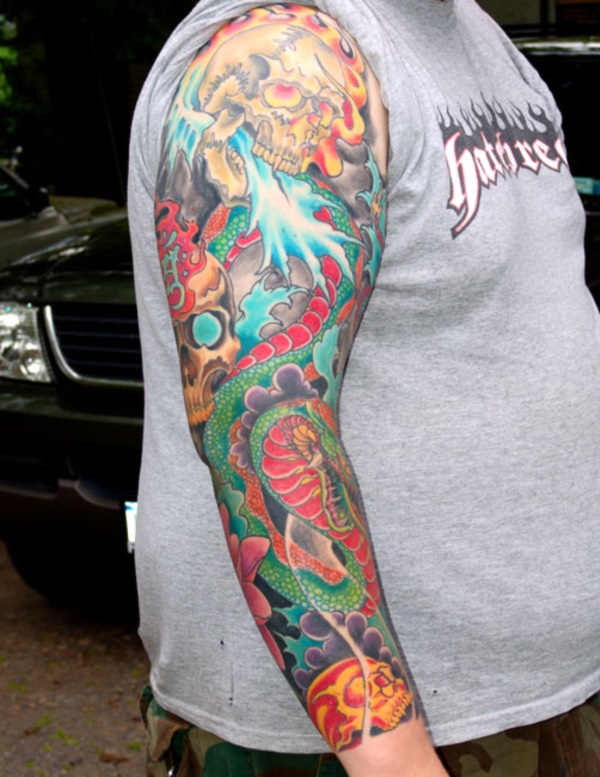 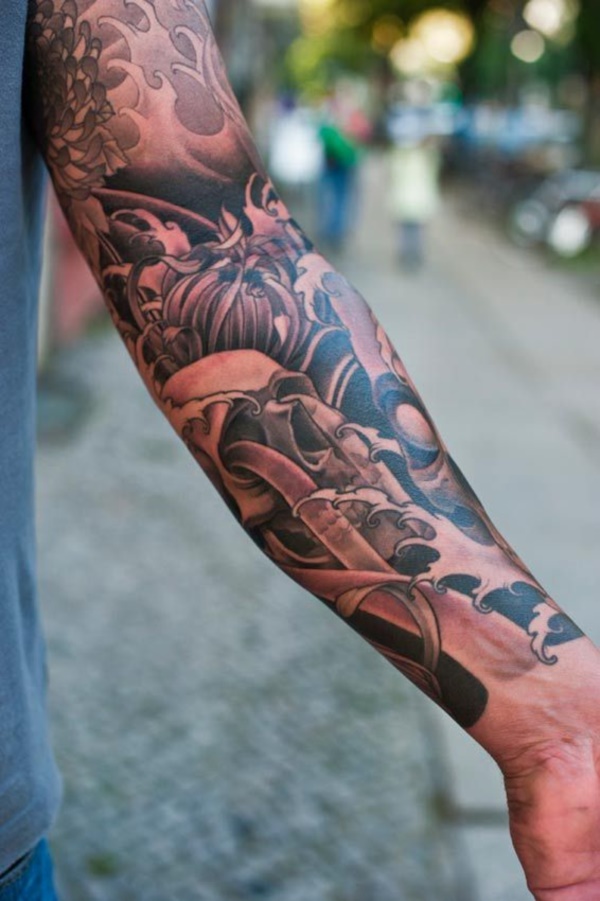 Despite of several bad interpretations of skull designs including death and bad fortune; Japanese people turn the positive side of the coin up. According to the Japanese culture, skull symbolizes a complete and natural cycle of life which includes life, growth and death. It may also consider as a remembrance for the ancestors. Though a skull tattoo would not form a full sleeve design, several other symbols are mixed increasing its audacity, style and significance. 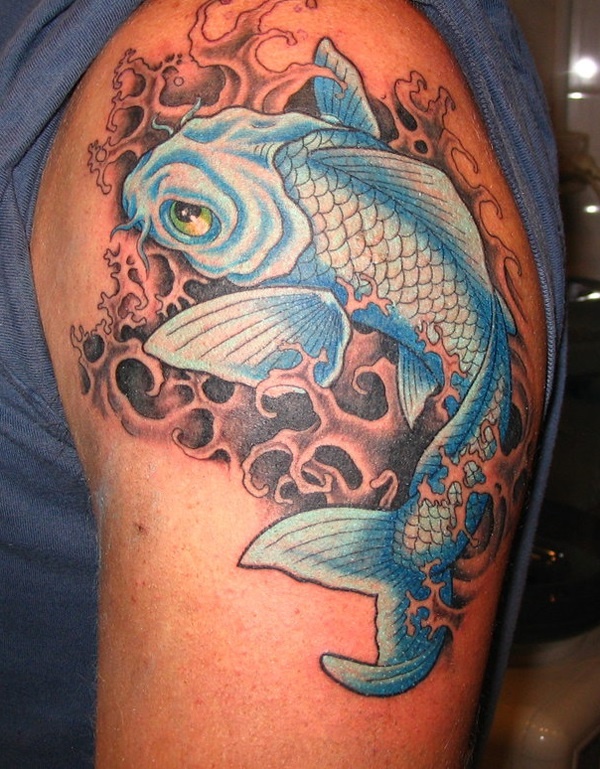 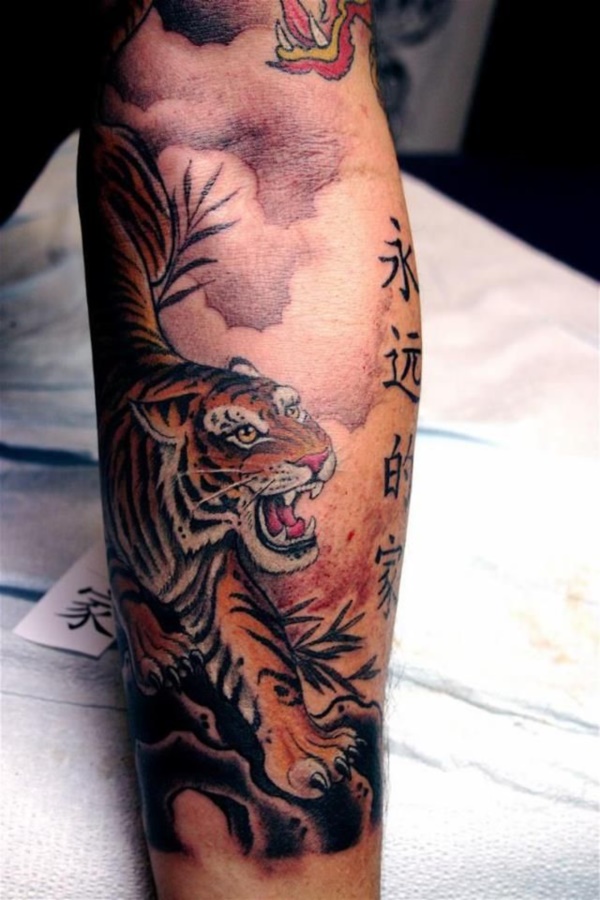 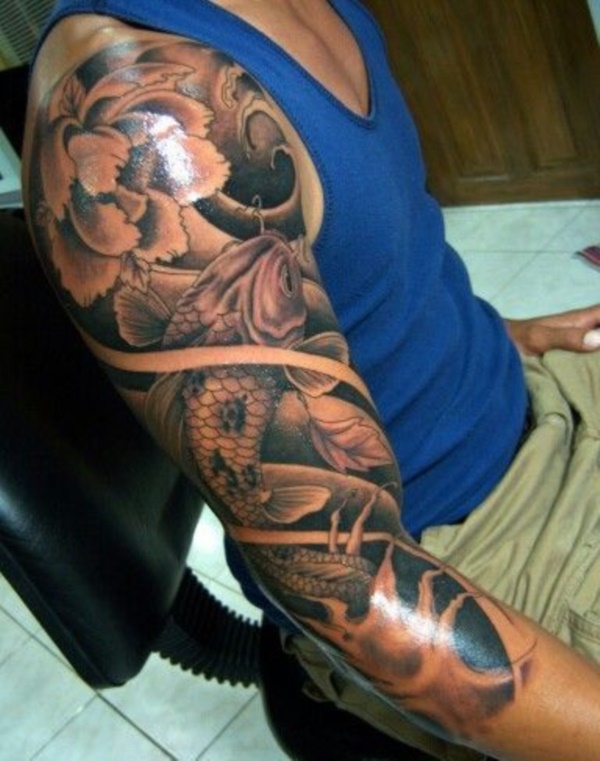 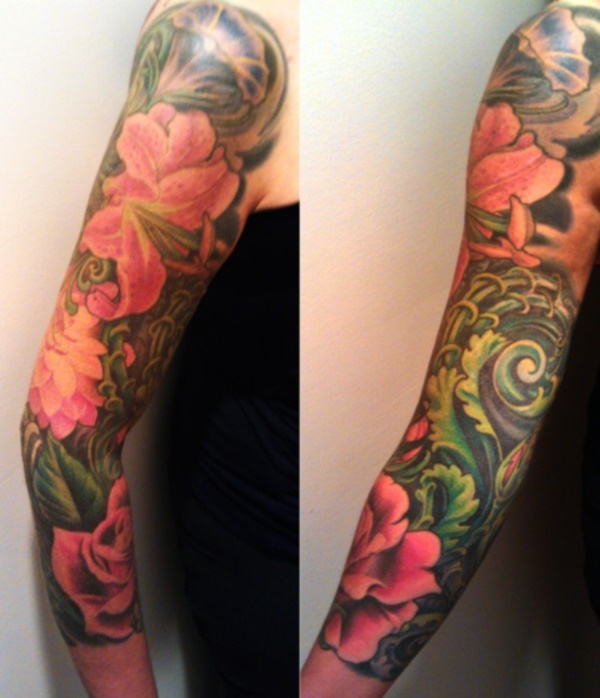 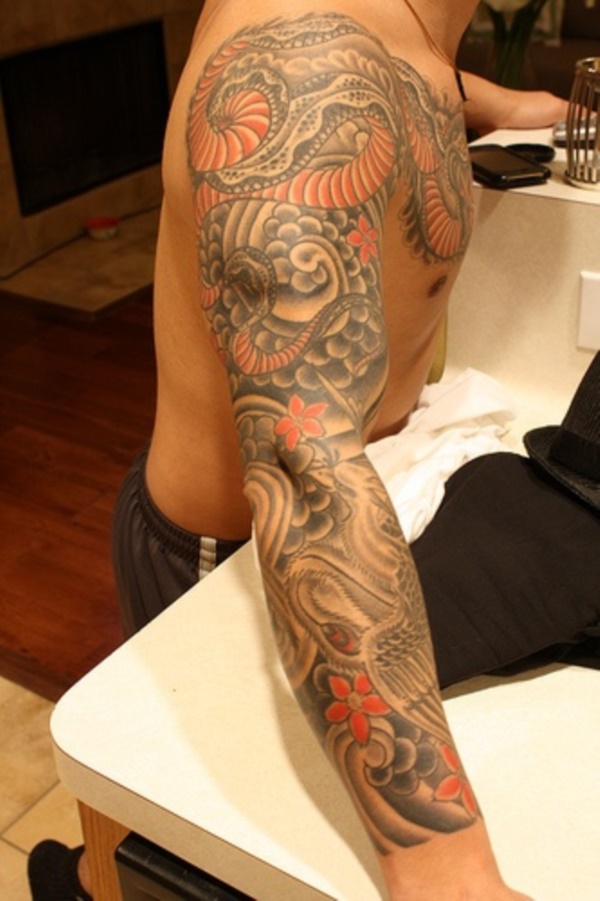 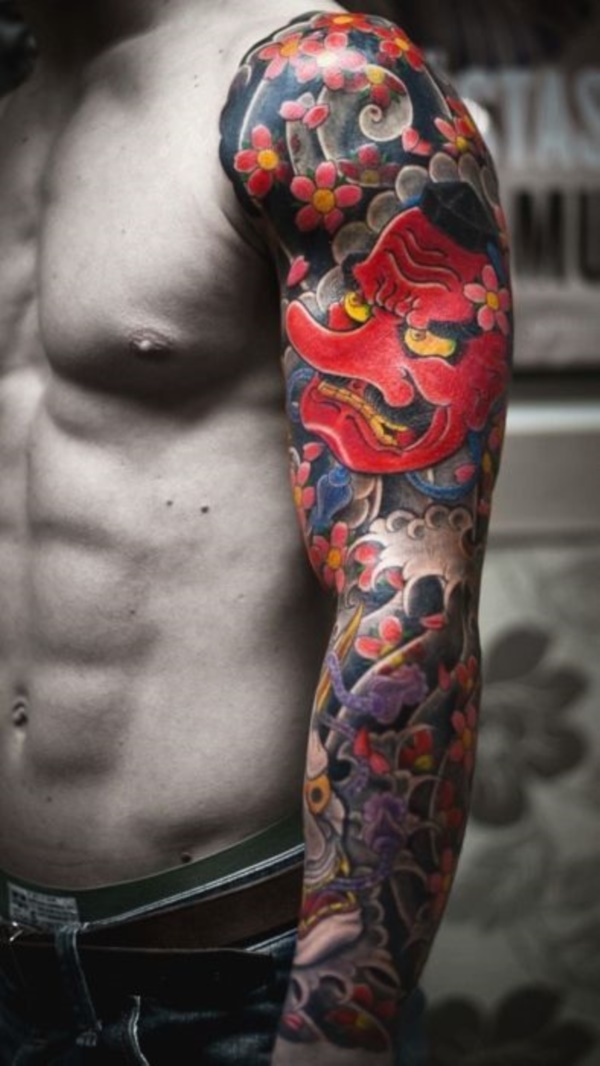 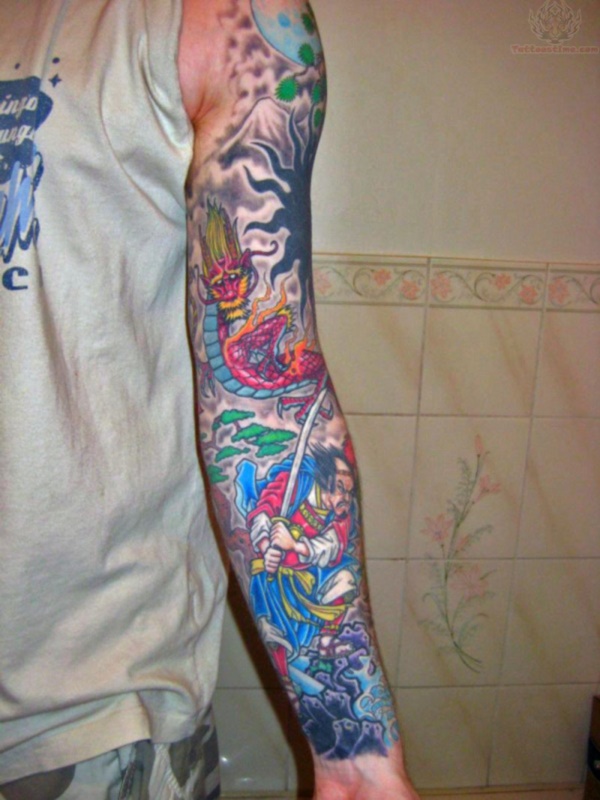 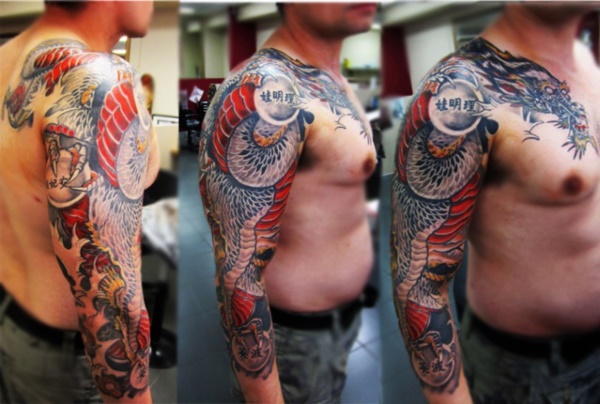 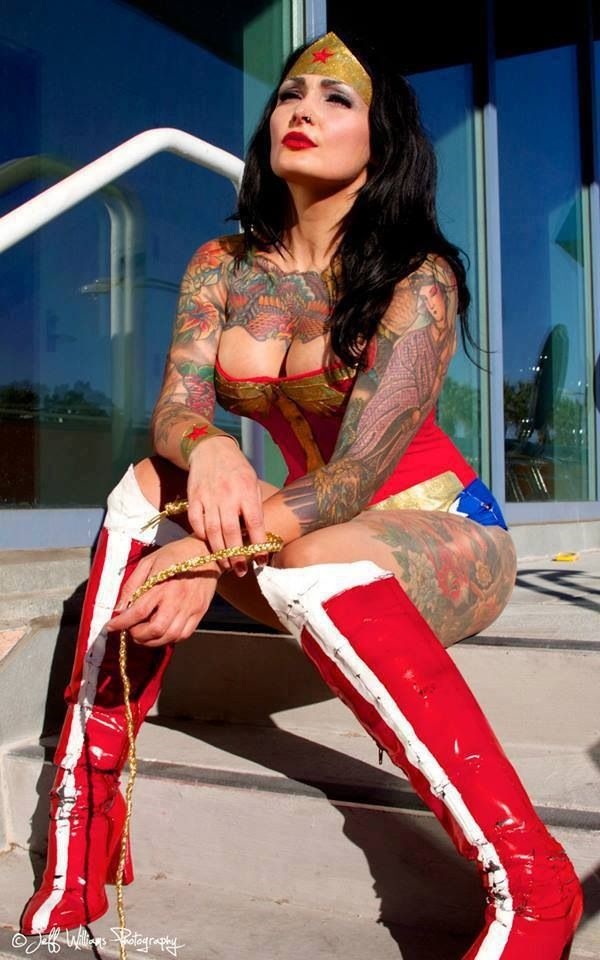 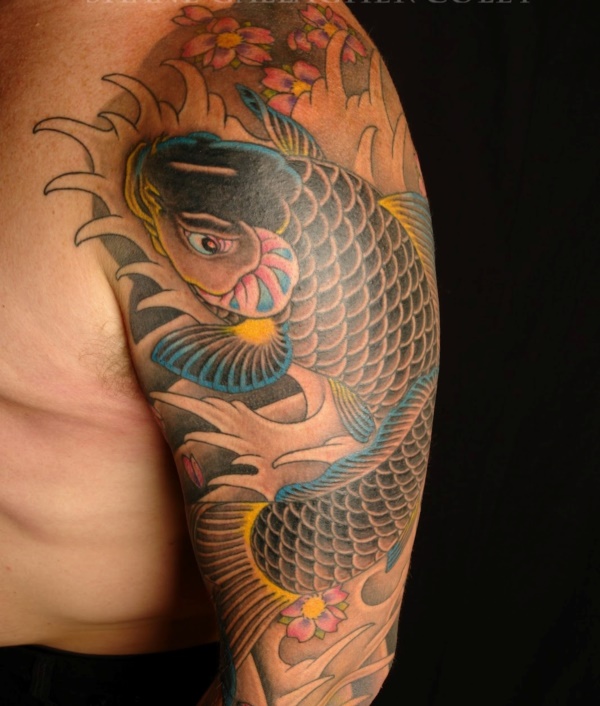 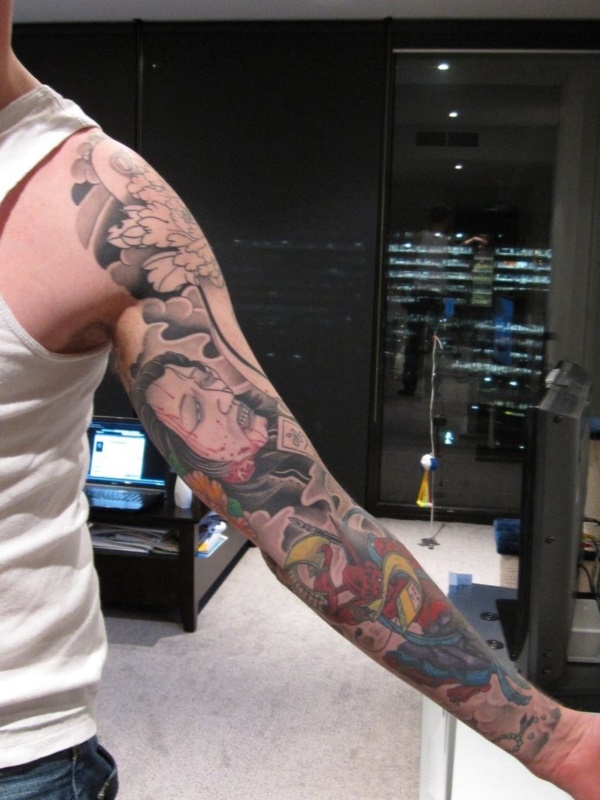 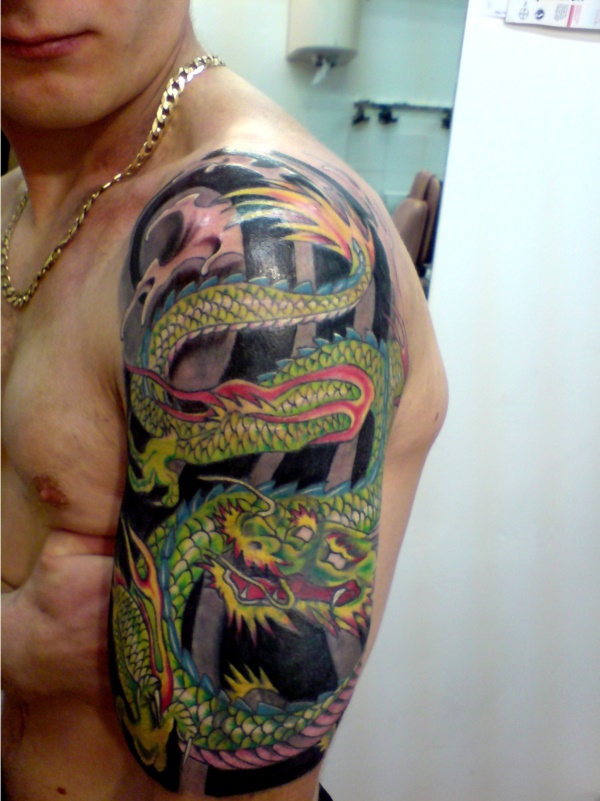 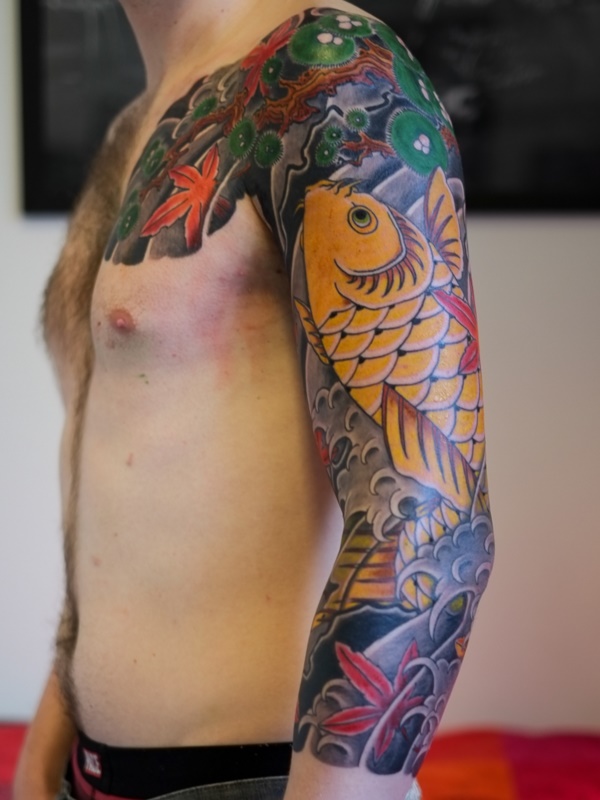 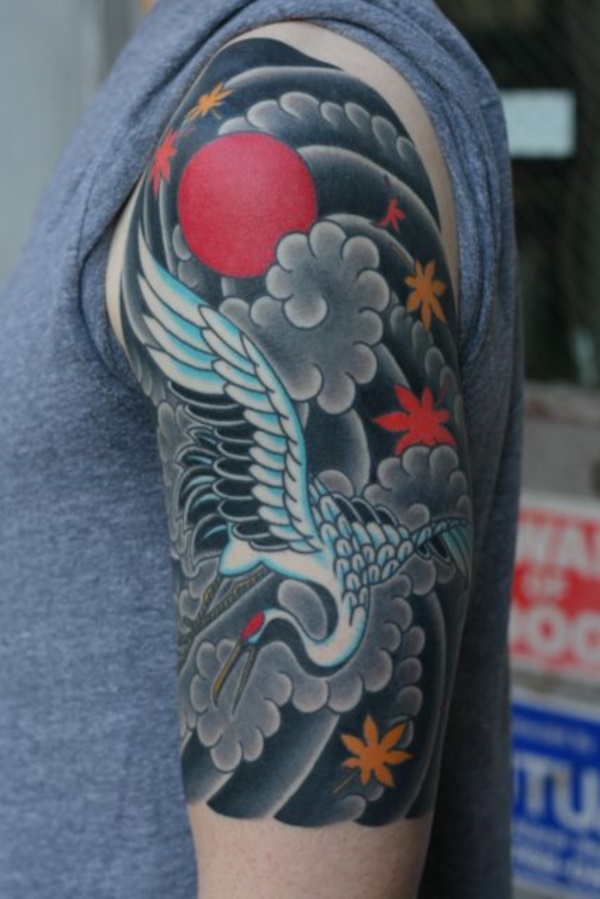 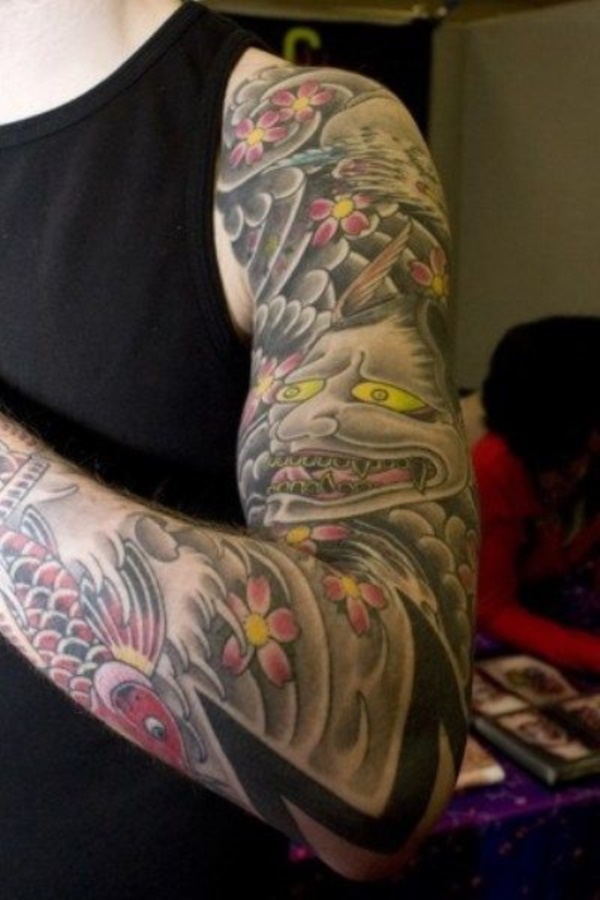 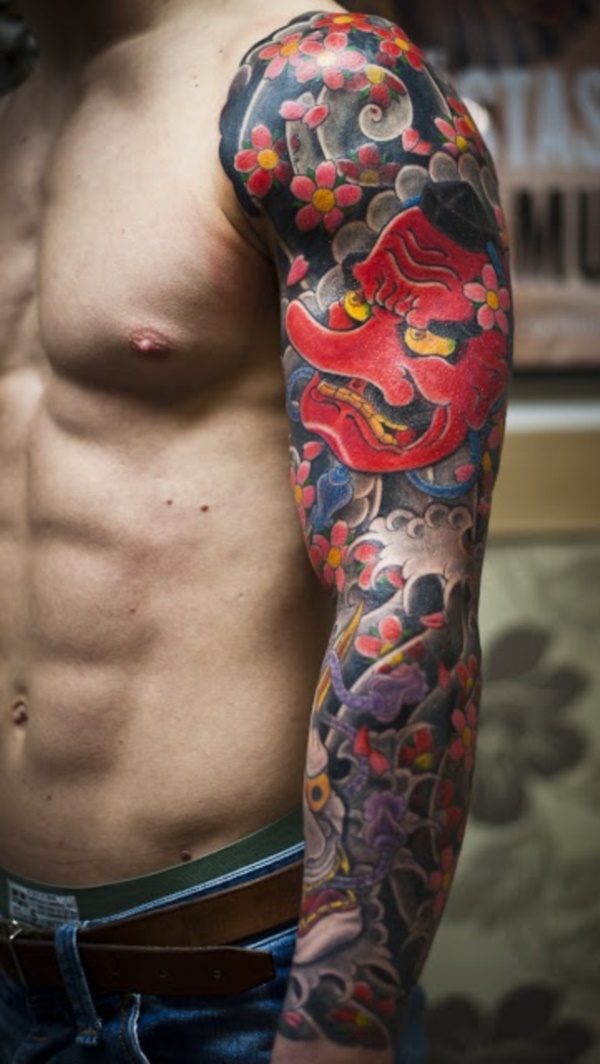 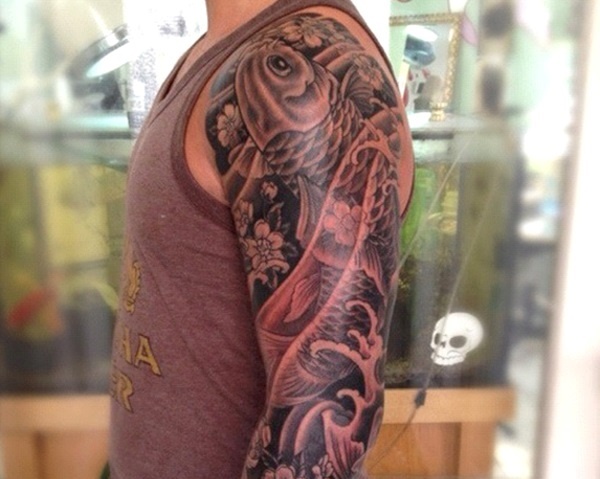 Your heart might have chosen the correct tattoo for you extra handsome look. There’s no end to the art and artists are all set to help with these sexy and traditional sleeve tattoo designs in order to embed the entire ultimate and cool vogue within you. We are eagerly waiting for your response. Do share your painful but cool experiences regarding tattooing along with any of your doubts.  Happy tattooing!