Given the permanent nature of tattoos (barring a few temporary henna ones), it’s rightly said that you carry it for your lifetime, provided you don’t opt for the rigorous removal techniques! But who has the time to think of all these when self-expression is what clouds the mind. Taking a different route from the conventional designs, attractive literary tattoos for book lovers, including texts or quotes from your favorite books, illustrations from certain classics or something unthinkable as a tattoo artist’s interpretation of a scene from some book are becoming quite popular. 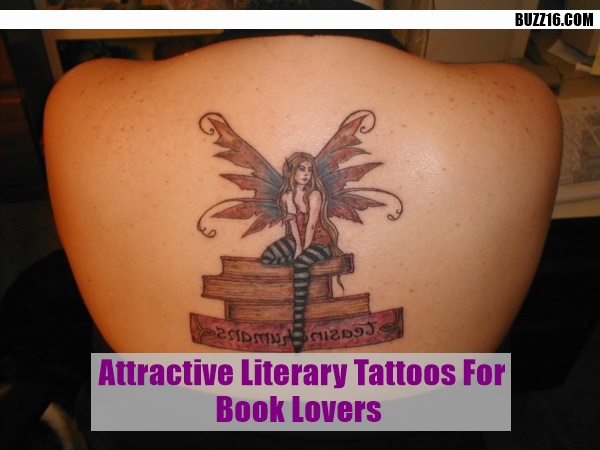 A number of tattoo and book lovers say that a text tattoo or their favorite literary quote acts as the perfect expression of their beliefs, dreams and ideals.Women have always been a lot in favor of getting themselves tattooed at different positions on their body that will enhance the way they look.In this race, one of the popular tattoos is Lower back tattoos. 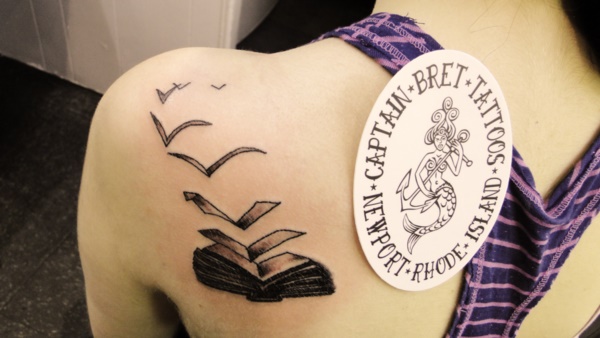 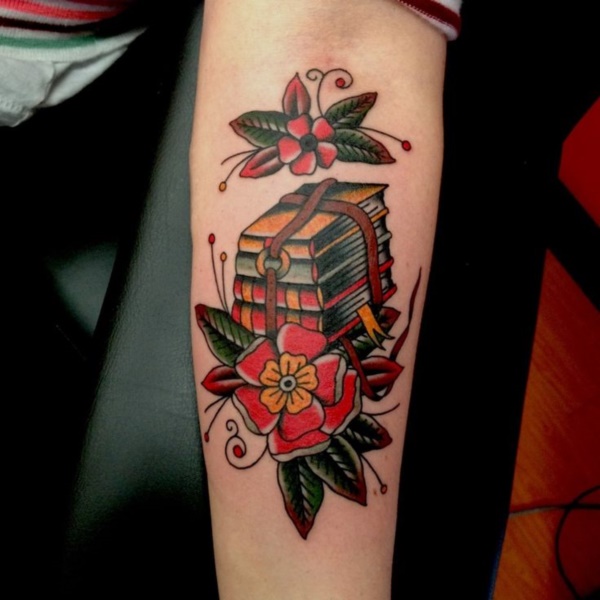 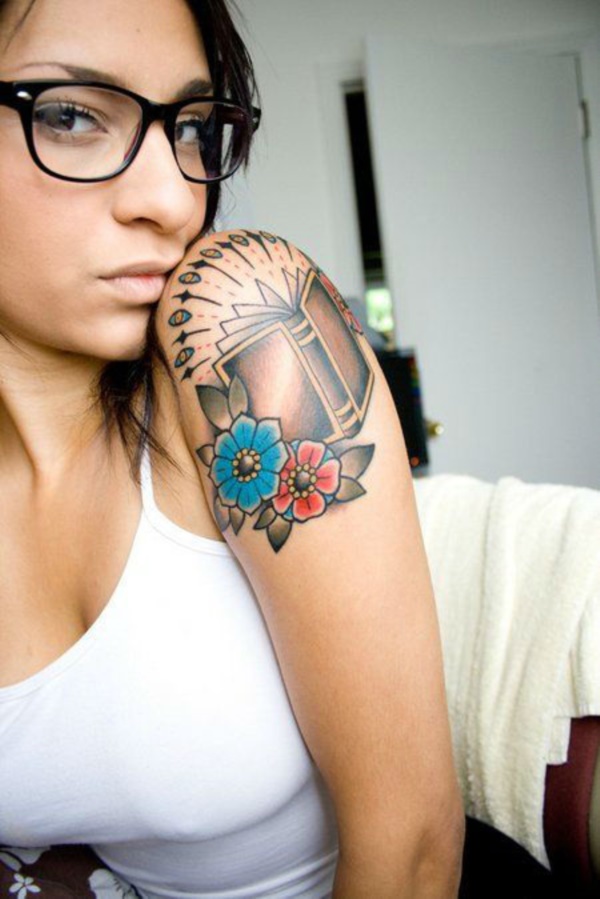 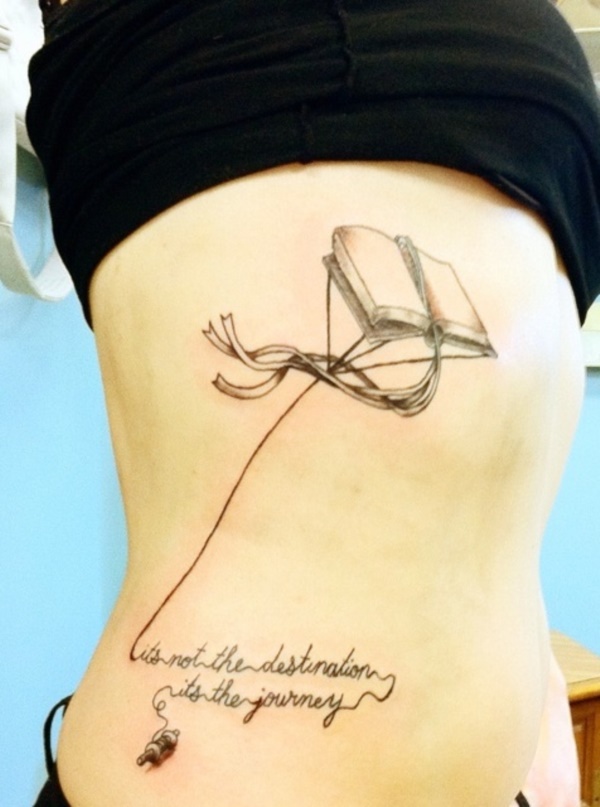 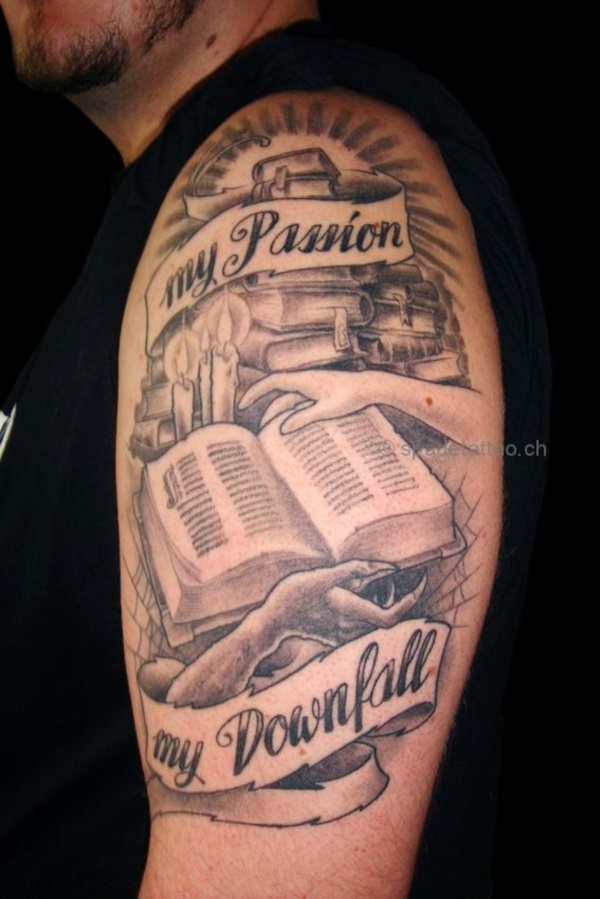 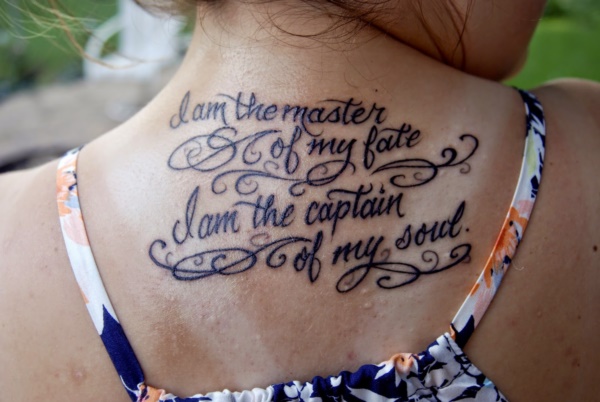 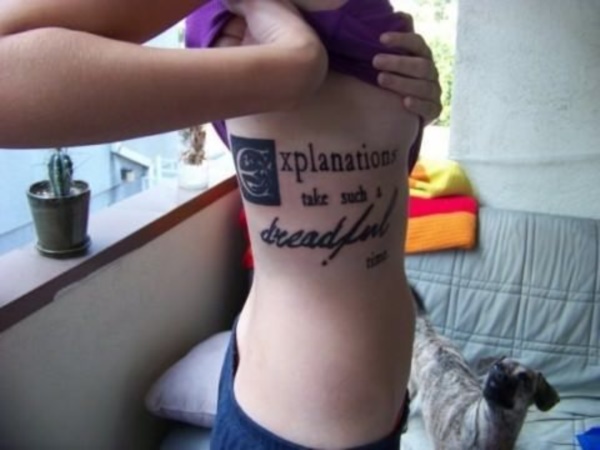 Frankly speaking, not all of us are bookworms or imagine our lives to be synonymous with that of chapters of texts we have read. However, there is nothing wrong to ‘wear our bookishness as a sleeve’. While for most of us, it’s the choices that guide us in getting inked with literary tattoos coupled with the personal meaning we attach to them, there are many who have had life changing experiences that altered their perspectives and led them take the plunge. Regardless of the driving forces, here are some attractive literary tattoos that anyone can flaunt with élan.

Few common ones to stun all and sundry 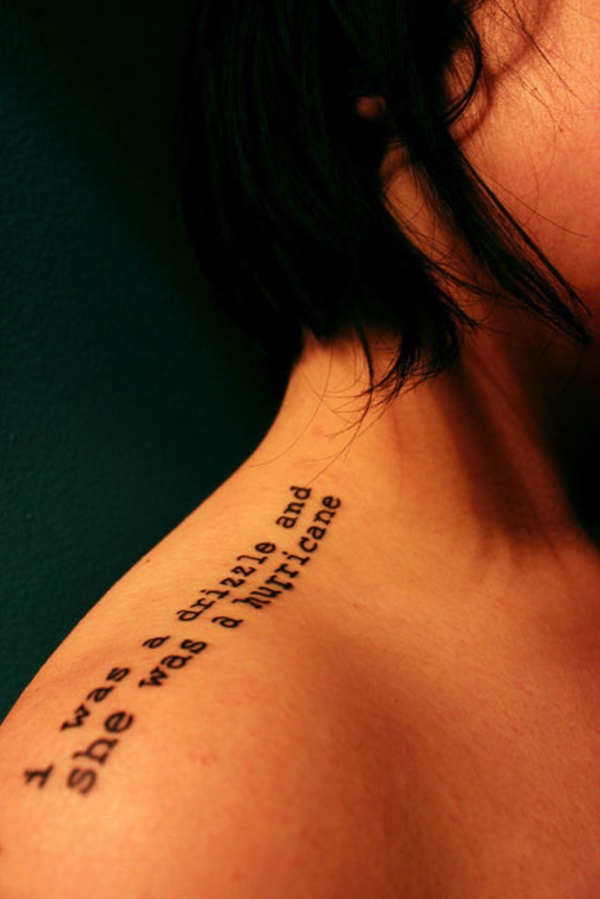 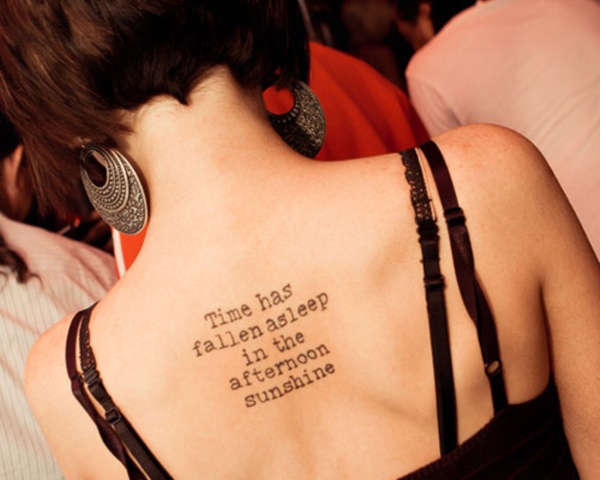 Think of Invictus and you will know what we mean. Few quotes as ‘it matters not how strait the gate/how charged with punishments the scroll’ can get so inspiring and interesting. One of the best snippets in literature from William Ernest Henley can occupy the arms or even the wrist and stun all those who thought literature can never compete to take a pivotal place in one’s body part. 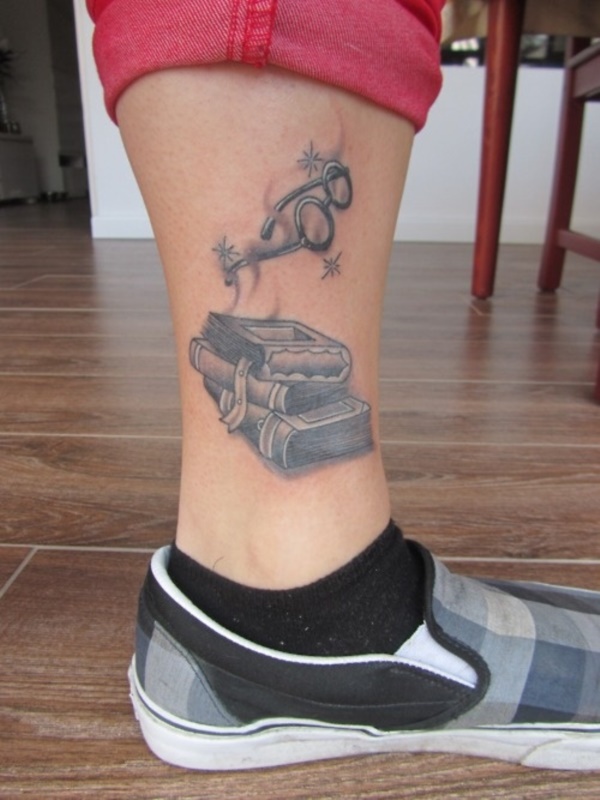 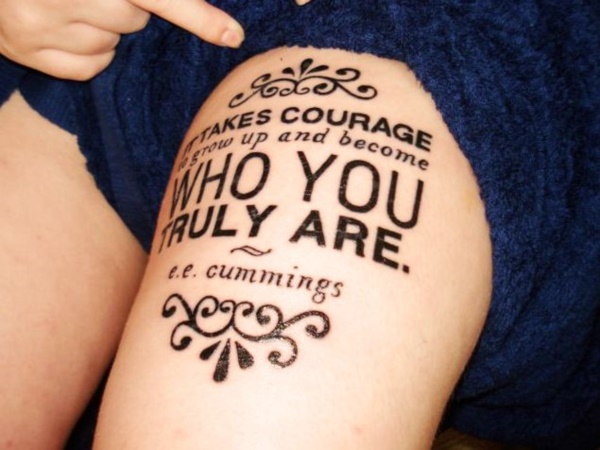 ‘Explanations take such a dreadful time’… Remember the conversation between Alice, Gryphon and the Mock Turtle in Lewis Carroll’s ‘Alice in Wonderland’? Written decades ago, yet the book has not and will never lose its appeal. As much as the pages have remained a firm favorite among readers all over the world, many have taken to inking such beautiful lines. There are plenty of tattoos derived from famous lines of this book and few look delightful when illustrations of Sir John Tenniel are combined in the designs as well. Another notable collection that made a chunk of readers stay hooked to the world of bibliophiles is the Harry Potter series.  They have inspired a fair share of tattoos among freaks of the present generation. 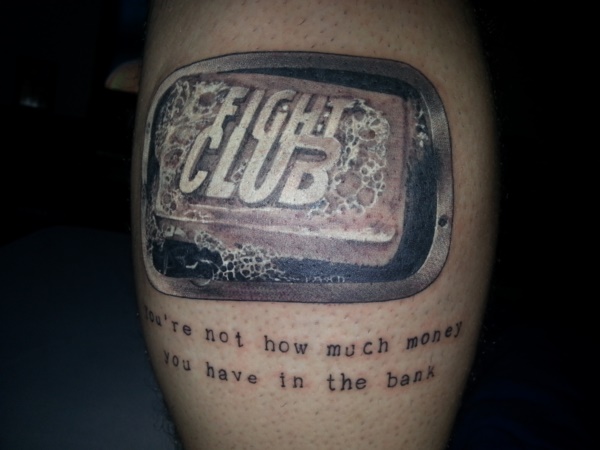 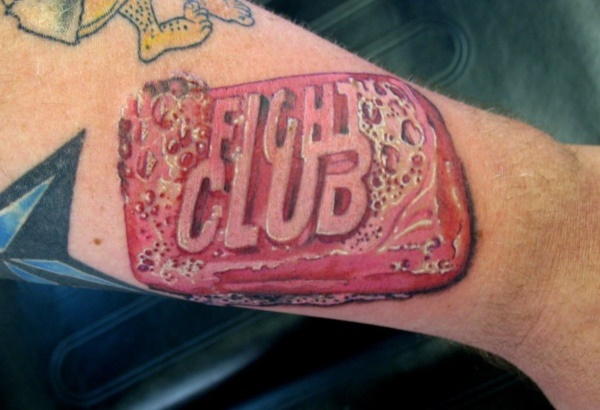 Although movies appeal to most of us for there is a certain visual appeal to it, few of them are courtesy; the prolific imaginary bent of mind of writers. Think of life-altering quotes as ‘It’s only after we’ve lost everything that we are free to do anything’ from Chuck Palahniuk’s ‘Fight Club’ or a simple word as ‘Okay’ from John Greene’s ‘The Fault in our Stars’ that convey so much. It also depends on the font or color or even the place where one feels to get drilled that impart literary tattoos their power. 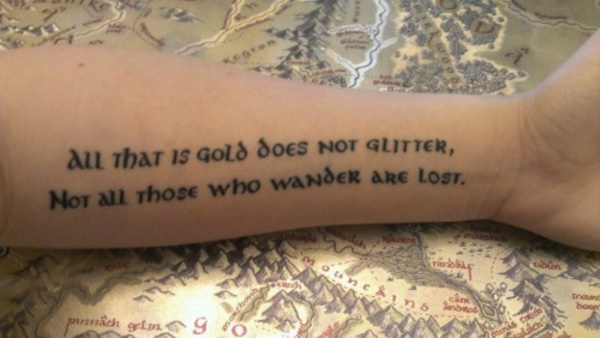 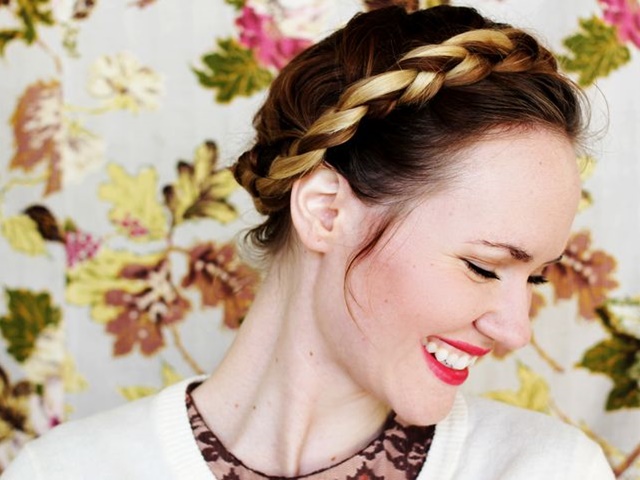 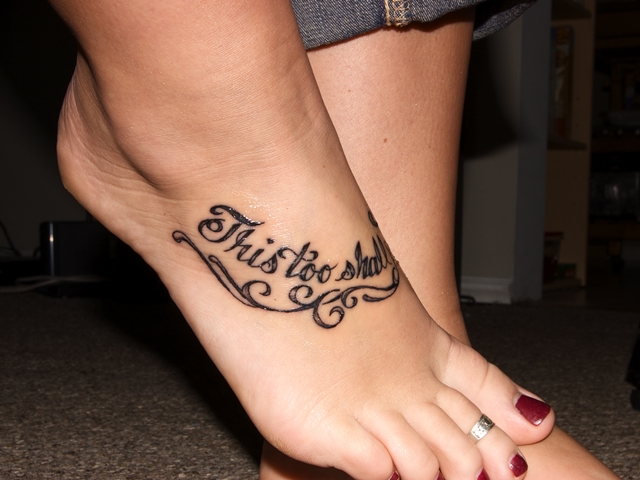 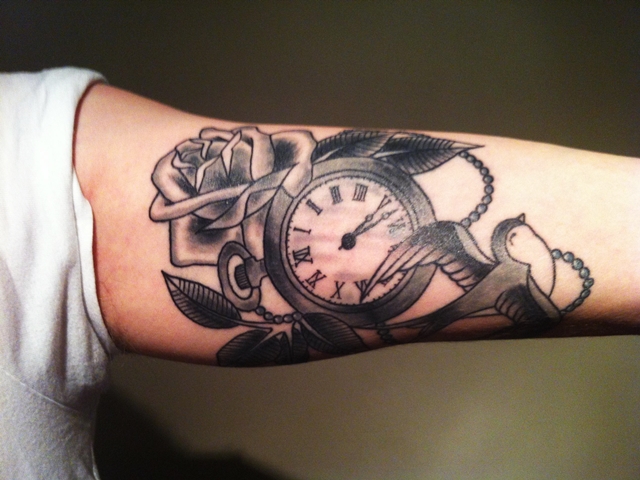 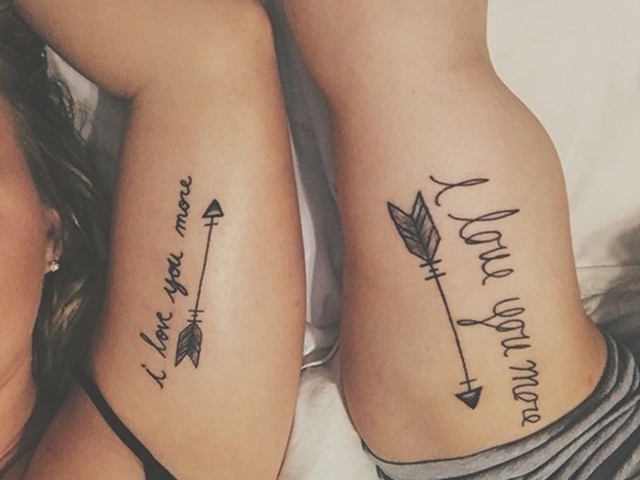